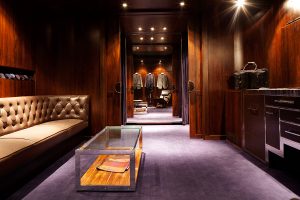 Tailoring has a long history that goes back hundreds of years. It has always been an important part of men’s clothing. Even though the phrase “tailoring” still means making or changing a suit, modernization and the growth of fashion have caused it to start becoming its own art form. Designers have resurrected the art form for a new era, drawing inspiration from unexpected corners of the business to create a fresh perspective on this traditional field of design. In order to modernize tailoring, Fashion United has gathered a collection of businesses and creators that are each doing it in their own unique way.

Along with serving as Calvin Klein’s senior vice president of men’s design, Willy Chavarria also runs his own namesake label, which he launched in 2015 and has been growing over the past several years. As part of the brand’s goal, Chavarria wants to combine politics and fashion in a strong way. They do this by reinterpreting menswear with political expression through socially aware runways, environmentally friendly production, and casting people from different backgrounds. Chavarria has been a part of New York Fashion Week since 2021, and she is a member of the Council of Fashion Designers of America (CFDA). Madonna has attended some of his shows.

Father-and-son team Charlie and Joe Casely-Hayford started the Casely-Hayford label as a mix of traditional Savile Row tailoring and a British anarchist worldview. Since his father passed away in 2019, Charlie has taken over as the sole owner of the company. As celebrity endorsements and recent partnerships with Sunspel and Converse show, the brand has put more weight on its focus on young people. The company currently splits its time between Tokyo, where the collections are made, and London’s Marylebone, where it runs its own retail outlet.

The brand’s newest collection, which also has options for women, broadens its modernized approach to tailoring by fusing jersey suits with trucker jackets, print button-ups, and bombers. Casely-Hayford also makes custom suits for its customers. It offers private consultations at its atelier and a wide range of styles for different events, like dinners, weddings, and business meetings. Select pieces from its core range are also covered by its made-to-order service, enabling the manufacture of more individualized clothing. The brand’s accessory offerings for 2019 now include shoes, bags, and other small leather goods.

Arturo Obegero is a Paris-based company that was started in 2021. It has made a name for itself by using architectural shapes and gender-neutral design principles that put it at the forefront of modern tailored clothing. Harry Styles, a favorite singer of Generation Z, wore a number of Arturo Obegero pieces for his international tour and the music video for his song “As It Was,” which helped the Central Saint Martins alum get attention in 2022. The designer previously made an appearance at Paris Fashion Week, where he showcased his second collection for the spring/summer 2023 season in a digital presentation.

Obegero’s most recent collection, which was written as a love letter to his hometown of Tapia de Casariego in Spain, continued his deeply personal approach to design. The clothing line featured pieces that drew inspiration from the town’s own mythology and surroundings as well as the works of surrealists like Man Ray and René Magritte, creating a collection of outfits with a romantic feel. Obegero’s sharply fitted two-piece suits are made from satin-like fabrics and darker colors. The collection’s light button-ups, dresses, and flares are mostly made of sheer fabrics and light colors.

London-based The founder and CEO of his own menswear brand, Kaushik Velendra, has solidified his position in the market by emphasizing cutting-edge tailoring that wants to give men a choice in how to dress for power. Velendra’s use of lifted shoulders on a variety of gilded suits, frequently embellished with elaborate decorations that further enhance the silhouette, defines his appearance. On the red carpet of the most recent Fashion Awards, both male and female industry professionals, including renowned stylist Law Roach and actress Golda Rosheuvel, wore pieces by the Central Saint Martins alum.

Velendra has presented several collections at London Fashion Week since his debut in 2019, each of which has received acclaim for his distinct interpretation of menswear. His most recent “Dreams” collection for autumn/winter 2022 highlighted his sense of style even more. The sharp blazers with distinctive shouldering that he wore with cigarette pants, cropped vests, and chiffon shirting showed that he was Indian. The designer also told Vogue that the fabrics for the collection came from all over the world. For example, Indian brocade was mixed with wool from France and Italy.

Carlota Barrera, a Spanish native who earned her MA at the London College of Fashion, made her debut in the spring/summer 2019 fashion industry. She cites her Spanish origin, lesbian history, and the need to define necessary apparel from a specific, queer female perspective as sources of inspiration. Her sense of style is frequently built on meticulous tailoring, updating classic silhouettes, and attempting to spark discussions about gender and shifting identities.

This kind of thinking has permeated every one of the designer’s exhibitions, as evidenced by the continued use of flowing tailoring and unconventional shirts for men. At London Fashion Week, Barrera debuted her most recent line, “Asere qué bolá.” The use of light, airy materials and summery printed shirts revealed that the designs were motivated by a recent trip to Cuba. The line featured a more relaxed vibe thanks to a combination of suits, loose linens, and items that had been disassembled. 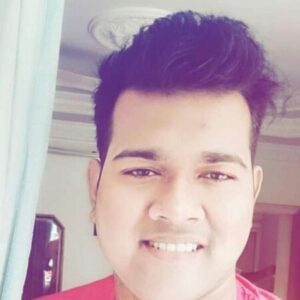