Top 5 Haircuts and Hairstyles for Men 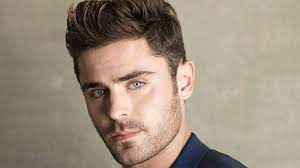 It is true that certain trends come and go in the world of hairstyles for men, but the most stylish hairstyles and haircuts for men will never go out of style. Modern haircuts won’t come back to haunt you at a later date, unlike 80s-style perms, man-buns, or the infamous mullets. In fact, your social media pages are already overflowing with content.

You can either gamble on some flash-in-the-pan hairstyle from a hipster website or ask your barber for a cut that always looks good. Alternatively, you can use our definitive list of the 5 best haircuts and hairstyles for men as a guide.

On the sides, it is short, but on the top, it is longer. This is the essence of a classic undercut, which is suitable for men with curly, wavy, straight, or any other type of hair. The top hair can be sculpted however you like, whether it’s slicked back or spiked up.

The two most common types of men’s undercuts are disconnected and faded. Cillian Murphy’s disconnected undercut in Peaky Blinders is a great example of this style. Short hair is clearly distinguished from long hair by a sharp contrast.

When the short sides climb toward the top, a faded undercut gradually tapers. As a result, there is a sense of uniformity or flow. What is the best undercut for you? Your barber can answer that question for you. Here are some tips on how to style a short haircut to help you get started.

One of the most popular men’s haircuts that should have gone out of style long ago, but hasn’t. David Beckham, who’s no stranger to the pompadour, will be the one to inform you if it looks dated. In addition to Elvis Presley, this famous haircut has been a popular style since the days of “Jailhouse Rock.”

It is typically found that a man’s pompadour has a short side part and a longer top part. Unlike other styles, it is distinguished by the fact that the front hair is swept up into a healthy volume before gradually receding toward the back of the head. Similarly stylish is its cousin, the almighty quiff.

Just how timeless is the men’s side part, you ask? The appeal of Don Draper’s slick-back style has endured for decades, as evidenced by the enduring popularity of his shows.

Side parts are a staple of the business world, and they work best when your hair is straight and thick. The quintessential example involves a taper on the sides and longer hair on top.

The best way to describe hairstyles with messy waves would be to describe them as looking unkempt and needing more maintenance than they appear at first glance. Make your strands look somewhere between sculpted and casual by using a little product. You’re awesome.

5. Slicked Back hairstyles for men

There is no doubt that slicked-back haircuts are a business staple, just like the classic side part. Due to its power and professionalism, it remains synonymous with the pinnacle of society.

The slicked-back cut seems to be becoming less slick with each passing year. As a final note, avoid overusing hair products. A voluminous, natural look is what you want.

Top 5 Haircuts and Hairstyles for Men