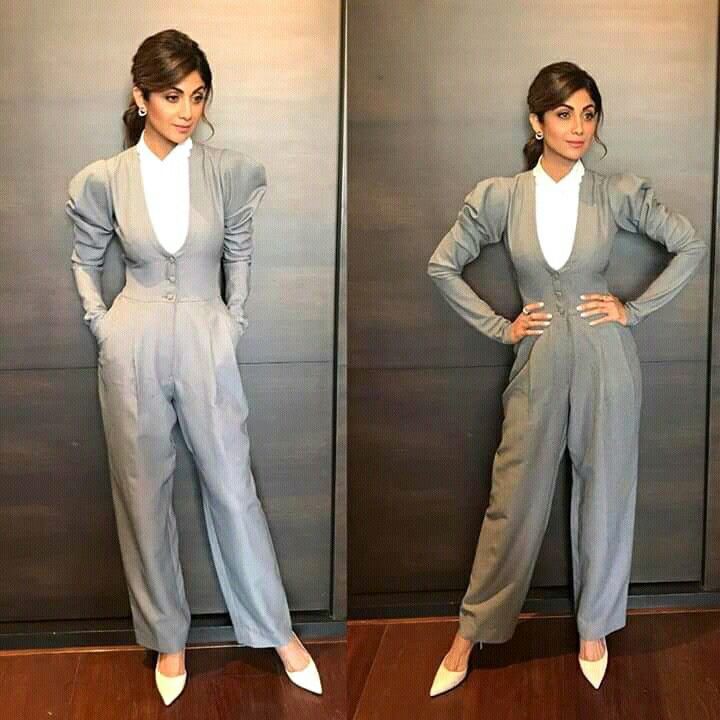 The jumpsuit is a trendy wearing one-piece garment with narrow and loose fitting. This is in different patterns like one-piece lower body covering and one-piece lower and upper body jumpsuit fashion is in trending now and generally worn by celebrities, ordinary women, aged and children.

Here, I am going to share the hotness of the top 18 Indian celebrities in jumpsuits. I hope you will get enjoy the reading and be sure to share it with your friends.

Deepika is India’s most famous and hardworking actress who really deserves praise from all people. She has her identity in India and as well in the whole world. She is a beautiful, hot and confident actress who looks gorgeous in every outfit. In a look, she appeared in a white jumpsuit with a transparent upper and a transparent net jacket. She was looking stunning and sexy in this outfit.

Kriti looks hot in her several types of jumpsuit attire. She is also an Indian actress who made her identity in the world at a very little age. She wore a white color loose jumpsuit with breast covered attached top with a white single net sleeve on which black dots are designed.

Alia is one of the youngest actresses who made her life in the Film industry at a very less age and also very less time. She also looks marvelous in every jumpsuit.

Parineeti Chopra is a cute, naughty, and hot beauty queen who is one of the inspiring personalities of India. She appeared many times in a narrow or loose jumpsuit and looks Beautiful in this stunning attire.

Shilpa Shetty is also a great and amazing Personality in the Indian Film industry. She is one of the most inspiring actresses who looks amazing in her every attire. When she wears a jumpsuit, her figure looks aesthetic and gorgeous.

Karina Kapoor also has great followers on every platform because of her uniqueness, beauty, and aesthetic personality. When, for a moment, she got a white color one-piece jumpsuit, she was looking like a real queen and a real owner of that costume.

Katrina Kaif all Indian feminist have their own natural beauty and uniqueness. In this series, One of the most gorgeous celebrities is the best rapper, dancer, and actress. Many of the time regularly look real in her several styles of jumpsuits.

Kajol Devgan better known by her single name Kajol is one of the most considered successful celebrities who also look stunning in a jumpsuit even after the age of thirty-three.

Priyanka Chopra is a best Indian actress and producer who got many awards on the international level including the year 2000 Miss World award. She is like a cute doll of India and looks glamorous in jumpsuits.

Shraddha Kapoor a beauty of India mostly liked by people in India for her healthy and fit, slim trim body. She also looks fantastic in jumpsuit attire.

Rashmika Mandanna, the crush of India is a South Indian actress who surprised everyone with her beauty, looks, confidence, and aesthetic personality. She generally wears a jumpsuit, it’s her street style and she looks hot in this outfit.

Kangana Ranaut is an Indian actress and filmmaker who works for India’s pride and popularity. She looks in a jumpsuit on an occasion and appeared extra hot and conscious.

Janhvi Kapoor is also a leading celebrity recent. She is continuously trying to make an impact on her fans and other viewers. She looks aesthetic in her white two pieces jumpsuit.

Ananya Pandey is one of the trending youngest actresses had a jumpsuit attire in her several movies and also looks at the jumpsuit dress in her daily life.

Aishwarya Rai, a great actress and the most beautiful celebrity in India, generally looks beautiful in every costume in which jumpsuits are included.

Rakul Preet Singh is also an Indian celebrity, good dancer, and actress who looks hot in her jumpsuit costume.

Madhuri Dixit, the queen of beauty is an Indian inspiring personality who inspired the film industry with her confident and work. She looks aesthetic and gorgeous in such a costume.

Kiara Advani is also an Indian actress, film creator, and a charming personality look beautiful in her everyday street style like a jumpsuit attire.