The YOUNG AMERICAN creating Surrealist fashion for the MODERN ERA 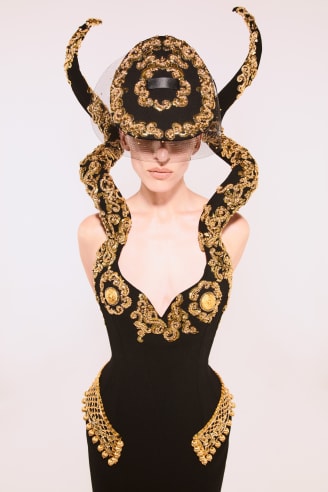 Daniel Roseberry has had a few brushes with history since becoming the first American to lead a French couture house, including designing Lady Gaga’s outfit for the US presidential inauguration.

For those who need convincing that fashion is a form of art, Daniel Roseberry’s designs for Maison Schiaparelli offer a persuasive argument.

Take, for example, one look from his most recent haute couture collection: from a wool crepe dress extend two fabric “gazelle horns” embroidered with gold lamé thread, gold pearls, gold cut beads, handmade gold pom-poms, Swarovski crystals and rhinestones. Above the horns is a matching headpiece, and below, a pair of nipple buttons in gilded brass.

This is not cookie-cutter fashion, as Roseberry calls it. This is something far more extraordinary.

Dresses are voluminous, shoulders are exaggerated, materials are lush and the detailing demands a closer look (signature jewelry items, the “bijou” as they’re known, come shaped like eyeballs, noses, hands and lips). The creations are all the more beautiful for their Surrealist references and an almost perverse edge.

At first glance, it’s hard to imagine these designs coming from an understated, born-and-raised Texan — one who says, without a hint of irony, that he’d happily live in a cabin in Maine for most of the year and design clothes from there.

“My life. my personality and my emotional reality is in direct opposition to the work that I want to put out there,” he says during an interview in his Parisian atelier, on Place Vendôme, days before his new collection is unveiled.

When the then-33-year-old Roseberry, from Plano, Texas, was appointed artistic director of Schiaparelli, he became the first — and to date, only — American to lead a French couture house. He was hardly a household name at the time. Trained at New York’s Fashion School of Technology, and with 10 years at Thom Browne under his belt, he had the credentials, certainly, but no experience at the helm of a luxury fashion house, no formal training in haute couture and no spoken French.

He also had the looming legacy of the house’s founder, Elsa Schiaparelli, to grapple with. A true renegade, she was perhaps the most important and influential designer between the two world wars, a title challenged only by Coco Chanel, her arch rival.

Born into an aristocratic Italian family, Schiaparelli rebelled from an early age by publishing a book of sexually-charged poetry titled “Arethusa,” the name of a nymph from Greek mythology. She was sent away to a Swiss convent but left shortly after going on hunger strike. Married and divorced by the early 1920s, she moved to Paris with her daughter where she lived a bohemian lifestyle and acquired a circle of artist friends. In 1927, Schiaparelli launched a fashion business out of her apartment, quickly expanding it and becoming more prolific and inventive.

Ten years later, drawing on her relationship with Spanish artist Salvador Dalí, Schiaparelli created one of the most famous gowns in fashion history: the lobster dress. At the height of the Surrealist movement, the silk organza dress with a large lobster sketched onto the skirt was a symbol of the times — and remarkably avant-garde 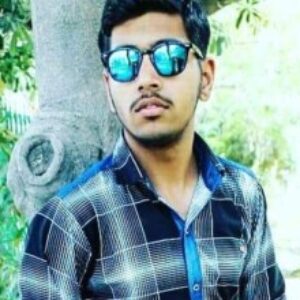