The Influence of Traditional Indian Gender Roles on Contemporary Fashion 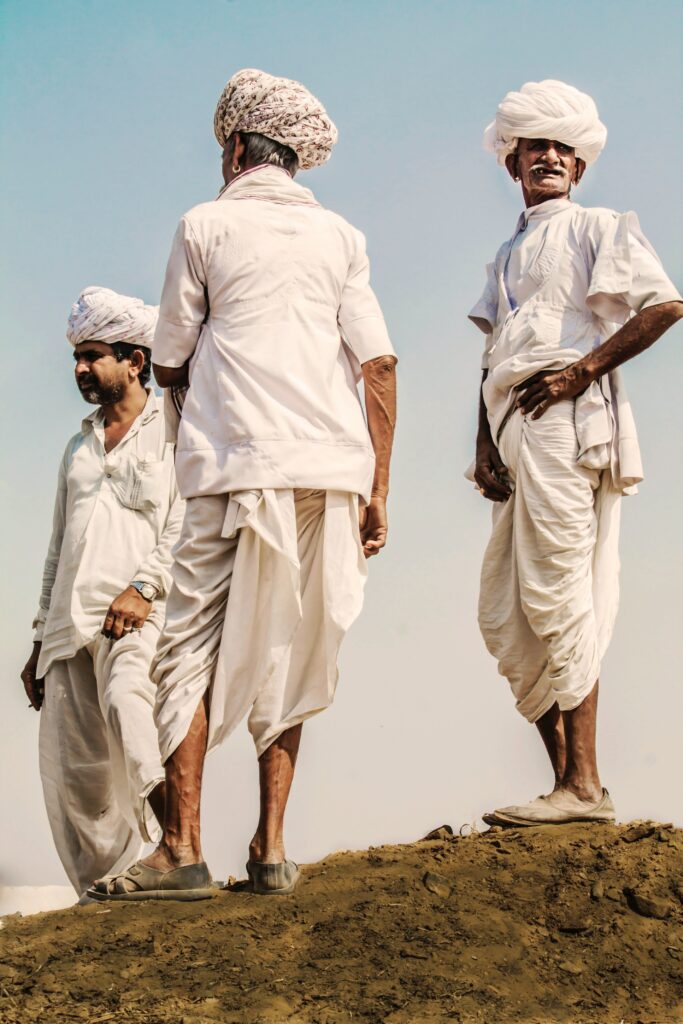 The traditional gender roles in India have significantly influenced contemporary fashion in the country. From the saris worn by women to the sherwanis worn by men, the clothing in India is closely tied to the societal expectations of each gender.

For women in India, traditional clothing includes the sari, a garment made of a single piece of cloth draped around the body in a specific way. The sari is worn with a blouse and a dress and is usually accompanied by a dupatta, a long scarf-like cloth worn over the head and shoulders. People think of the sari as a sign of femininity, and it is often worn to special events like weddings and festivals.

In contrast, men in India traditionally wear loose-fitting pants called pajamas and a long tunic called a kurta. The traditional attire for men is completed with a waistcoat and a turban, known as a pagri. This attire is commonly worn during formal events or ceremonies, such as weddings and religious festivals.

The shift toward Western Styles

While traditional clothing is still worn in India, there has been a shift towards more Western styles in recent years. This shift can be attributed to the increasing globalization and westernization of the country. Many young people in India now prefer to wear jeans, t-shirts, and other Western-style clothing daily.

But traditional gender roles still have an effect on the way people dress in India today. For example, it is still common for women to dress modestly, with clothing that covers their arms and legs. This contrasts with the more revealing styles that are popular in the West. As a sign of respect and adherence to cultural norms, men in India may be more likely to wear traditional clothing to formal events.

The Fashion Industry in India

The traditional gender roles in India have also had an influence on the fashion industry in the country. In the past, men’s and women’s clothing were designed and produced separately, with different fabrics and styles used for each gender. However, in recent years, there has been a move towards unisex clothing and blurring the lines between men’s and women’s fashion. This is partly because India is becoming more open to gender fluidity and the LGBTQ+ community is becoming more visible.

Despite this shift, traditional gender roles still play a role in the fashion industry in India. For example, it is still common for men’s and women’s clothing to be sold in separate sections of stores and for there to be different collections for each gender. The advertising and marketing of clothing in India also tend to be gender-specific, with men and women wearing different types of apparel in advertisements.

The traditional gender roles in India have significantly influenced contemporary fashion in the country. While there has been a shift towards more Western clothing styles, India’s traditional dress still holds a firm place in the country’s culture and is often worn for formal occasions. At the same time, the fashion industry in India is beginning to break down traditional gender boundaries, with more unisex clothing and a blurring of the lines between men’s and women’s fashion.

The Influence of Traditional Indian Gender Roles on Contemporary Fashion