The Coolest Nail Innovations In 2022 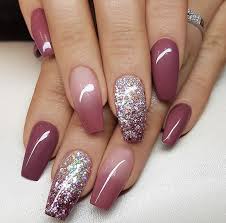 You’re probably right if you think there’s more coming out of the nail-art world than ever before. We’re seeing, sharing, and creating content around nails in ways that didn’t exist just a few years ago, thanks to visual platforms like Instagram and TikTok dominating our app libraries. There have been a few major developments born out of the past year, in lockstep with the visibility and brand awareness in both nail polish and design. We’ll go through some of the coolest nail innovations in today’s manicure, as well as what’s new and what we can anticipate seeing in the future.

Shellac manicures have expanded to incorporate gel extensions and “nail plumpers” for salon customers. CND debuted their Plexigel system earlier this year, which I used and enjoyed for three weeks. Julie Kandalec, a nail stylist, described the technology as a “semi-hard gel.” Plexigel is not only more durable than Shellac or soft gel, but it may also be used as a coating or a pliable mould to plump, lengthen, or repair natural nails.

Press-Ons in a Chic Style

Press-on nails have gone from problematic to low-key trendy in the last several years. “Today’s press-ons are more flexible,” Bachik explains, “and they’re developed to accommodate a larger spectrum of natural nails.” Press-ons featuring graphics that may pass for hand-painted are available from nail companies like Chillhouse and Dashing Diva. “The press-on nail art looks we see are trend-based,” Bachik explains. “The majority would be prohibitively costly and complex to obtain in a salon.”

Harry Styles paints his nails, while LilHuddy, a musician and TikTok founder, has his own line of press-on nail stickers. “We’re seeing a lot of men with nails,” adds Bachik. “Musicians have always done it in some form, such as rock and roll, but now it has more colour and expressiveness. Gamers and programmers, for example, are sporting designs that symbolise something to them, such as nail designs with bitcoin or crypto symbols.”

Among all, we can’t talk about 2021 developments or trends without mentioning the pandemic.  People were doing their nails at home, not just out of habit, but to retain some semblance of self-care and hygiene practises, as the salon sector was shut down. “People wanted to take care of their nails at home through COVID-19,” Others says, adding that tool kits, such as his own Tweezerman set, were in high demand. “DIY kits were quite useful for removing, cutting, and sculpting gel at home. People are also returning to salons for self-care following the pandemic, but they’re bringing their own nail kit to ensure that the instruments are their own.” 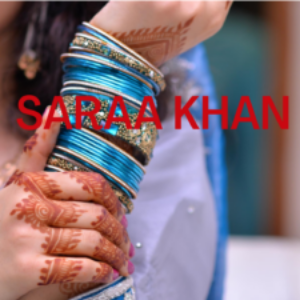 I am a beauty and lifestyle blogger and influencer .
All Posts

The Coolest Nail Innovations In 2022
Clear Clear All