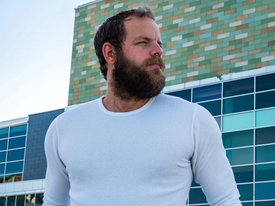 Bigger isn’t always better when it comes to beards. A short beard style is sometimes the best option. Some people may tell you that size matters, but we disagree. Grow a beard that gives you confidence, even if it’s just stubble. 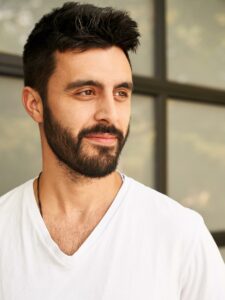 The scruffy beard is an extended version of the 5 o’clock shadow. It gives your look some grit. Scruff is a style that anyone can wear, regardless of whether their beard is patchy or extremely thick. Allow your hair to grow for two to four weeks to achieve a scruffy beard. If your scruffy begins to creep down towards Adam’s apple after three weeks, you may need to trim your neckline. Otherwise, you risk being mistaken for a neckbeard. 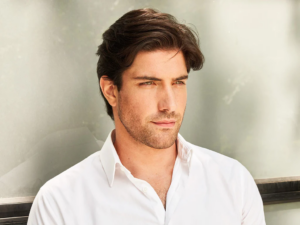 The 5 o’clock shadow, also known as a stubble beard, is the shortest beard you can get. It’s timeless, classic, and always well received.

Designer stubble has become a staple of men’s grooming thanks to the likes of David Beckham, Adam Levine, Zac Effron, and many others, and we don’t see it going away anytime soon.

Few men can achieve the eponymous ” 5 o’clock shadow” in a single day. A solid 5 o’clock shadow beard will take two to five days to grow, depending on how dark your hair is. The darker your hair, the more visible it is.

Learn how to achieve the perfect 5 o’clock shadow by reading this article.

HOW TO DO THE 5 O’CLOCK SHADOW BEARD STYLE 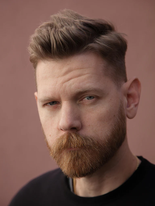 The corporate beard is two to three inches long and close-cropped. Many men’s beards are still patchy and disconnected at this length, so pulling off the corporate beard requires some dense beard-growing genetics.

As the name implies, the corporate beard is something you should be able to wear in any work environment, so it’s critical to groom it and keep it tidy regularly. A man’s face has approximately 30,000 beard hairs; unfortunately, not all of them grow at the same rate. Even worse, they don’t all grow in the same direction. You’ll need to keep an eye on the stragglers. 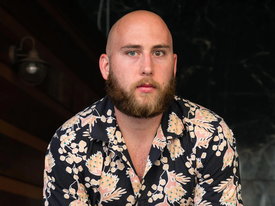 A rounded beard is a variation of the corporate beard that is ideal for men with round, square, or diamond-shaped faces because it follows the natural curve of the face without adding too much extra bulk to the cheeks. Too much length on the cheeks can have a chipmunk effect on men with broad face shapes. Allow your beard to grow for one to two months and keep everything at a uniform length to achieve a short rounded beard. 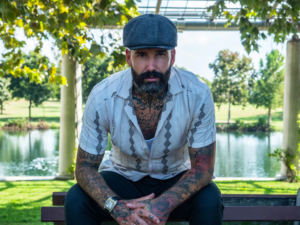 The short boxed beard is an angular variation of the corporate beard, but with a little more length around the chin – this helps create the boxed beard’s sharper edges and emphasizes the jawline. Allow your beard to grow for two to three months to achieve the short boxed look. You’ll need a Beard Trimmer with different length guards to create a taper from the sideburns to the chin. On the chin, use a number 4 guard. Then, on the cheeks, taper to a number 3 guard and a number 2 guard on the sideburns. A boxed beard suits all face shapes, but it looks especially good on oval and oblong faces. 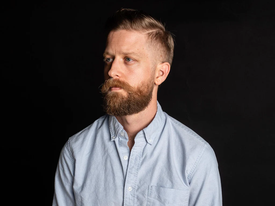 The Faded beard, which is essentially a skin fade for your face, has been gaining popularity in recent years. The fading occurs in two areas: the sideburns and the face/cheek. By keeping the thickness of your beard on the chin, removing cheek bulk helps slim and elongate the face’s silhouette. It’s a clean look that works best when your beard is three to six inches long and lined up with a barber’s precision. We recommend having your beard faded professionally, but if you want to try it at home, Ben Wilson shows you how in this video. 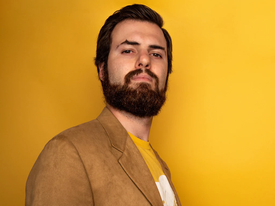 The Hollywoodian beard focuses away from the cheeks and toward the jaw and chin. The cheek lines are lowered, resulting in a more prominent jawline. If you trim the neckline too high, you’ll end up in chinstrap territory, which you don’t want to unless you’re a rapper from the early 2000s.

It is named after Leonardo Dicaprio and Christian Bale, both of whom have a similar low cheek line look. Some sources claim that a Hollywood beard does not connect to the sideburns, but we believe you should let it connect if possible. This style isn’t just for actors, either. On occasion, LeBron James has worn the Hollywood chinstrap, 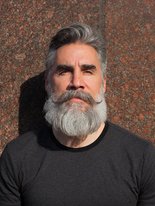 This classic style, named after the 19th-century Italian composer Giuseppe Verdi, has a distinguished appearance. The Verdi has a handlebar mustache and a three-to-four-inch rounded beard. The mustache’s handles are waxed and hung in a loose curl over the top of the beard. Some men prefer to keep their mustaches separate from their beards.

You’ll need four to eight months of beard growth and possibly longer for the mustache to reach handlebar length to achieve the Verdi. Maintain a naturally rounded beard shape. To maintain the beard and mustache, we recommend investing in a good pair of Beard Trimming Scissors, as well as a Round Brush for styling.

In 2020, as the world shifted to remote work, more men began growing beards. #CoronaBerds trended on social media throughout the spring and summer of that year, and it is still a cool style two years later.
Corona Beards are wild, gnarly, and low-maintenance. Allow it to grow without interfering with it. Trim the necklines and cheek lines. Okay, maybe run a Beard Comb through it now and then to remove any crumbs.

The next article is about the BEST LONG BEARD STYLES FOR MEN!