Who doesn’t know Imelda Marcos and her iconic fashion? You can actually hear the word “Imeldific look” and only one person will come to your mind – Imelda Marcos.

As the former first lady of the Philippines, Imelda Marcos had to dress accordingly as she was always in front of influential and powerful people of the world. But what is distinct about her is her love for the Philippines, she showed it by wearing Filipiniana style dresses, with her well-coiffed hair.

A woman of style!

Though the Filipiniana dress was introduced by the Spaniards during their Spanic era as well as the Barong Tagalog for men. It was made of weaved pineapple leaves or abaca, delicately handcrafted.

The Filipiniana dress also called Baro’t Saya has distinctive butterfly sleeves or they called it “pagoda”, it puffed over the shoulder forming a wing-like statement.

As Mrs. Marcos assumed the duty of a first lady; she opted to wear a different style of Baro’t Saya, which fits her elegant look and confidently poise. In every outfit she wore her sophisticated look surface, no doubt she was a head-turner. Even as she aged, Mrs. Marcos continuously stands by her signature look.

Pieces of jewelry to match her elegant look

It’s no surprise Imelda Marcos loves gold with precious gems, well, who wouldn’t? Personally, I love pieces of jewelry, I invested in them when I was still working in Saudi Arabia. It adds more elegance and sophistication to the lady wearing them.

Mrs. Marcos’s collection has gained controversies over the years as her collections were more than luxurious nor extravagant; they are exquisite and rare. As the wife of the most powerful man, having the chance to meet elite people all over the world we can say that some of those were gifts from the royals or the crazy riches people.

I remember when former President Barack Obama visited the King of Saudi Arabia, he received a solid gold chain with a pendant it’s a medallion I must say. It was so heavy that right after their picture taking he removed it.

Styling and fashion is not just the dress that you wear but the pieces of accessories you put in that count.

To complete the style shoes are crucial as well

Not only that Mrs. Marcos had collected pieces of jewelry but also shoes. She had a massive collection of shoes that you can never imagine or dreamed of. She got 3000 pairs.

Most of her shoe collections are from Marikina she said, because she is promoting our shoe market, some shoemakers are sending her 10 pairs per week as a sample of their shoe designs. Now some of her shoes are displayed in Marikina Museum.

Whatever happened in the past, there is no denying that Imelda Romualdez Marcos has an exquisite taste for fashion, her love for beautiful things mirrors her look. 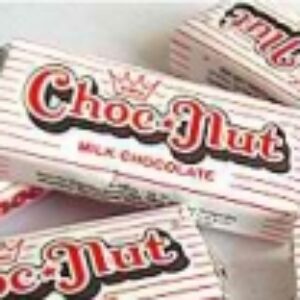