How Does Khadi Denim Differ From Traditional Denim? 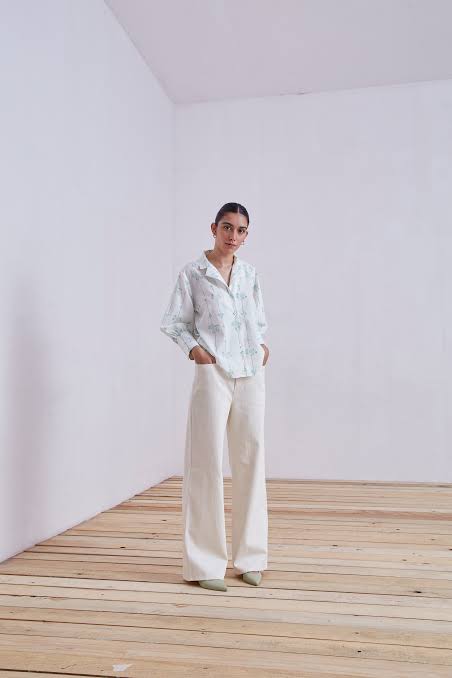 An intriguing innovation, Khadi Denim combines two iconic textiles. What has been the impact of integrating Indian craftsmanship into a distinctly western fabric?

In theory, a fabric associated with simplistic kurtas and austere Nehru jackets doesn’t work with worn-out pants and sturdy jackets. However, Khadi denim triumphs over that paradox. Contradictions abound within the term Khadi denim. In contrast to denim, which is heavily mechanized, Khadi is woven by hand. Khadi still struggles with its image, despite its utilitarian origins as a symbol of freedom for the common Indian, while denim has shed that image for a modern one.

A decade ago, the exciting amalgamation of Khadi and cotton was introduced in an effort to underscore its contemporary significance. Bringing together this hybrid fabric was the result of years of R&D by Arvind Ltd., which worked with KVIC (Khadi and Village Industries Commission).

Despite this, there were challenges. In collaboration with Arvind Ltd, CellDSGN developed the fabric. “We do a lot of twill fabrics in our Indian textiles, but for denim construction, with thicker yarns, we had to re-engineer the loom. There is more to it than just weaving indigo warps and wefts. It’s about structuring it.”

Over the years, the fabric has dealt with these issues and presented itself as an intriguing innovation. It mixed the durable connotations of denim with the slow and sustainable undertones of khadi. It has also found international success with brands like Patagonia placing large repeat orders with Arvind Mills. Almost a decade later, how is Khadi denim integrated into modern wardrobes?

Appealing to the creative side

Designers have always been intrigued by innovation. Shivani Parihar, creative director at The Summer House, finds Khadi denim fascinating because, unlike most fabrics, denim is being made from factories to handlooms.

As a result of its slow fashion appeal, khadi denim fits neatly into discussions about fashion and climate change. Kartik Kumar, creative director of Karu Research, says his company is looking for ways to build sustainability without greenwashing. With denim being one of the most non-sustainable practices due to the acid washing and stone washing involved, this is a departure from that. With this, you can zig where everyone else zags.”

There have been some interesting offerings as a result of this. It is almost farm-to-fashion in a very literal sense when The Summer House creates pure zero-dye pants from Khadi denim. An embroidered graphic panel and mirror work are featured on Karu’s handloom denim pants. His Khadi denim also incorporates natural dyes. It fades nicely. In addition to natural Indigo, we have used natural onion skin dye and natural pomegranate rind dye. Despite getting battered, my pair still looks pretty sharp after a year.”

Although Khadi denim is a less common streetwear option, its versatility is equal to that of conventional denim. Khadi denim can be thickened according to your preferences, says Parihar. There’s also the option of ripping it or shredding it, but I don’t think any designer would be able to do that because you know how much effort has gone into it.”

Lack of context is another factor working against the fabric. Getting people to see Khadi denim is the most effective way to sell it, says Parihar. You have no idea how Khadi denim feels if you’re trying to sell it digitally since you’ve never seen it or felt it. Therefore, finding opportunities to let consumers experience the fabric is the most effective way to market it.”

The Khadi denim industry has flourished since its conception, but further development can be achieved through design intervention and consumer education. We should double our efforts to market Khadi denim in light of the hip, young image of denim that has been cultivated over a number of years. People understand its appeal once they wear and buy it.” “It’s a lot of work, but once they buy and wear it, they get it.”

How Does Khadi Denim Differ From Traditional Denim?