New York Fashion Week (NYFW) is the most celebrated and much-awaited fashion event of the year. It is held twice a year, in February and September. The renowned designers and the emerging ones showcase their latest collections to the public and the media. Designers launch their Autumn/Fall designs in February, while September is about spring and summer. This semiannual event mostly lasts from seven to nine days. It is one of the four major fashion events of the year known as The Big 4, with the others in Paris, London, and Milan. 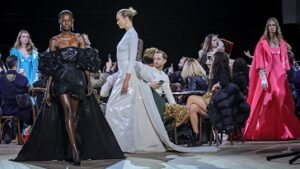 NYFW is the new version of the much older series of events called the Press Week, founded in 1943 by Eleanor Lambert. The primary purpose of organizing this event was to divert the attention from French fashion during World War ll. It was also meant to showcase the latest designs from the American Designers, who couldn’t travel to Paris for Fashion Week.

The fashion journalists earlier neglected American Fashion, but this event paved the way for the American designers to be featured in fashion magazines. They were earlier filled with French designs only. This Press Week was a huge success and was later renamed Press Week of New York in 1951. Later in 1993, The Council of Fashion Designers of America (CFDA) converted the Press Week of New York to New York Fashion Week.

As we all know, the Years 2020 & 2021 were quite challenging for everyone, including the fashion industry. With the restrictions laid by the Governments everywhere regarding travel and gatherings, many designers showcased their latest collections to the public through virtual mediums. Then finally after a yearlong break, the Council of Fashion Designers of America (CFDA) & IMG announced to hold the in-person Fashion Week in September 2021. Everyone will be following all the precautionary measures and health guidelines, sighing relief to the Fashion Industry as well as to the Fashion enthusiasts all over the world.

It consisted of almost 91 shows, presentations, and events held at Spring Studios and different venues around New York City, including The Empire State Building. The show witnessed unique street styles and trends we loved to follow and explore for spring/summer 2022. 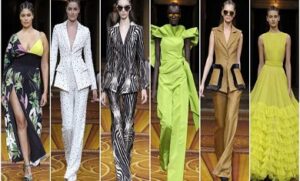 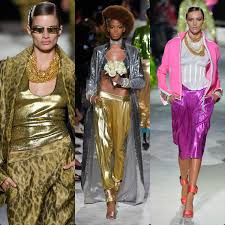 NYFW was followed by a mega event on September 13th, 2021, Met Gala, aka Fashion’s Biggest Night of the Year. The theme of the Met Gala 2021 was American Fashion. The star-studded Red Carpet witnesses some of the most creative, exotic, and meticulously planned ensembles from our most beloved Fashionistas. 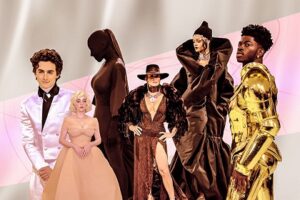 And now, when February is almost here, New York Fashion Week is Back & How! The preparations are in full swing to welcome the most anticipated event of the year. Designers will showcase their fall/ winter collections, all set to start from February 10th, 2022, until February 16th, 2022. The main venue remains Spring Studios and many other downtown locations. The list of designers featuring their fall collections is yet to be announced. But don’t you worry; keep watching this space as we will get you covered with the latest updates and happenings regarding NYFW winter 2022. 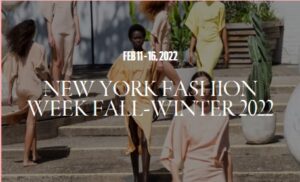 Also, check out the Upcoming Event Section on Our Fashion Passion, so you know more about NYFW 2022. 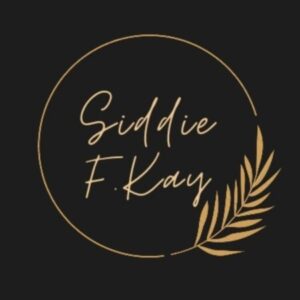 A fashion enthusiast, who likes to keep up with the latest trends in clothing, makeup, lifestyle and everything related.
All Posts