I know everybody is excited about the Chinese New Year. The Chinese New Year has become a part of many Filipinos in the Philippines. Chinese New Year, also known as Spring Festival or Lunar New Year, is an essential Chinese holiday that celebrates the beginning of a new year on the Chinese calendar. The exact date varies each year but typically falls between January 21st and February 20th.

The Lunar New Year is a celebration with fireworks, lion and dragon dances, family reunions, and gift-giving. It is a time to honor ancestors and wish for good luck and prosperity in the coming year. The event with the Lunar New Year outfit makes it more widespread.

What Should One Wear for the Chinese New Year?

During Chinese New Year, people often wear new clothes in new year colors of red and gold. These colors believe in bringing good luck and prosperity. In addition, Red is an exceptionally bright color, which is supposed to ward off evil spirits. It’s also a good idea to dress comfortably as many activities take place during the Chinese New Year, such as lion dances, fireworks, and visiting family and friends.

Women often wear traditional Chinese dresses such as Cheongsam or Qipao. A Qipao is a form-fitting, one-piece dress that typically falls to the knee or below. It also has a high mandarin collar, slits on the sides, and button or frog closures down the front.

The Qipao is typically made from silk or satin and can be embroidered or decorated with traditional Chinese designs and symbols. It is considered an exquisite and sophisticated dress and wear at formal events, such as weddings and Chinese New Year celebrations.

Men usually dress in suits or conventional Chinese attire, such as the Changshan or the Kungfu suit. In addition, men also commonly wear clothes with auspicious symbols such as Chinese characters for “happiness,” “wealth,” and “longevity.” The Changshan with material made from a lightweight, breathable fabric such as cotton or linen. It can be plain or decorated with traditional Chinese designs and symbols.

A Tang suit is also a Tangzhuang or a Chinese tunic suit. It is a traditional Chinese garment that men wear. The case typically consists of a long, loose-fitting tunic top and pants. The top has a mandarin collar, with frog button closures, and often has a Chinese knot button. In addition, using fabrics such as silk, cotton, or linen are expected to be used. Embroidery with Chinese symbols and designs is also possible.

The Tang suit is a stylish and elegant way to dress up and represents Chinese culture. It is a perfect alternative to the traditional western case. Lastly, wearing this can make a statement at any formal event.

Many believe it is a must to wear Red clothes during Chinese New Year. The use of red in clothing is a tradition that persists to some extent, even today. Red, likely already well-known, is the most popular Chinese fortunate hue associated with power and fortune.

Among the most anticipated aspects of Chinese New Year are, without a doubt, the intriguing clothes that people wear. A lively and colorful traditional celebration that makes everyone excited. 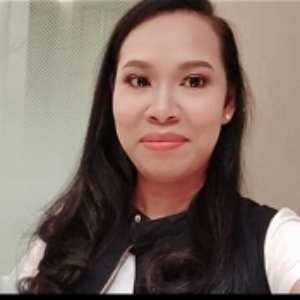 From the Philippines, a freelance content writer.
All Posts