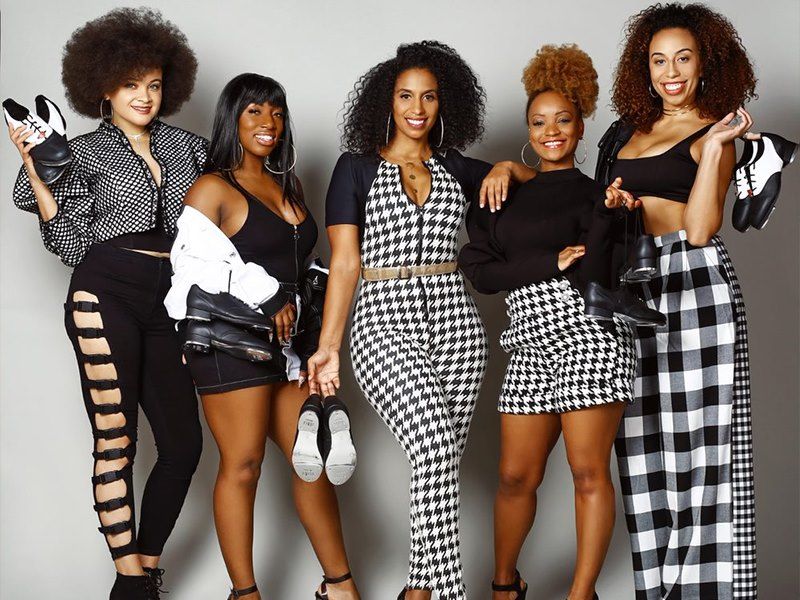 Syncopated Ladies is a Female Tap Dance Band widely known for their viral videos and founded by Emmy Nominated Choreographer, Chloe Arnold. Chloe was discovered at a young age in Washington, DC by Debbie Allen, and her choreography has been featured on hit television shows such as So You Think You Can Dance, Good Morning America, The Ellen Show, The Talk, and over 30 episodes of The Late Late Show With James Corden.