CONVERSION OF FASHION TRENDS THROUGH DECADES

Fashion or fashion trends are never constant. The only constant in fashion is “change”. Different countries have distinguishable fashion senses and trends. For instance, baggy clothes were an impeccable trend in the 1990s, were replaced by tight fit clothes in the 2000s. But as we approached towards future or the present, we see a similar trend revolving and baggy outfits are again in trend.

Indian fashion has filtered through the decades passing by. And this fashion influence was mainly manifested through Bollywood actors. Late actors namely Saira Bano, Mumtaz, Dev Anand were always in discussion. Dev Anand’s aura was said to be indeed so mesmerizing that a girl allegedly committed suicide after having a glance of him in a black coat. This made the Bombay High Court prohibit him from wearing a “black coat”. No doubt it was known to be the golden era of Bollywood!

Considering what the fashion has painted on the canvas of Bollywood throughout different decades, we see the 1940s, 50s, 60s, 70s, 80s, and 90s having a stronger impact on fashion enthusiasts and lovers.

The old-age formal tradition was followed in Bollywood in this “muy elegante” yet sober era. The films were low budget back then and were shot in rural areas showcasing the rural customs and hence the fashion trend was backed up by rural traditions such as Dhoti for the male actors and ladies in ghagra choli or sarees. Actresses namely Mumtaz, Nargis Dutt, Shashikala were famous for their subtle and sober artistic fashion.

Heard about this term from my mother, I always wondered why is this name given to a mere fringe haircut. Soon I realized that this was a trend back then in the 1970s which became evergreen and vogue. The veteran actress Sadhana Shivdasani gave birth to this contemporary haircut. How can we forget the Anarkali Kurtas that our Anarkali wore in the film Mughal-E-Azam. The winged eyeliner was like icing on the cake.

Remember who wore a sweater by tying it around the neck? You must be thinking about the Badshah of Bollywood Shah Rukh Khan. But this was replicated. Who wore it first? None other than Dev Anand!

Talking about the 1980s and not reminiscing Shridevi would be an injustice. She still is remembered for her mesmerising voguish aura and is considered to be a fashion icon. The 1980s and 90s of Bollywood stepped into a decade of sparkle. Chunky jewellery or plethora of everything was chic or modish. Shridevi’s different styles of sarees were to die for. Bright colours were sprinkled everywhere.

Tell me who wouldn’t go haywire with that statement red lipstick of the 90s or Anarkali of the 60s. The black coat of Dev Anand proved the fact that it was to die for! 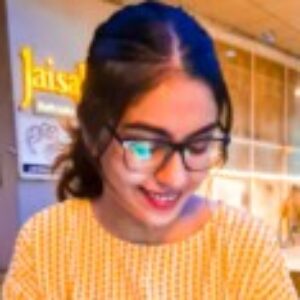 CONVERSION OF FASHION TRENDS THROUGH DECADES
Clear Clear All