Celebrities you didn’t know, who are obsessed with ‘Crochet’.

Since the very beginning, the industry that conquered the world with its magnificent work is the fashion industry. In the fashion industry, many companies and brands are continuously competing, the continuous style-changing prompts the consumer’s interest to try out the latest fashion, this competition results in a boom in this industry. And so it always shows positive growth.

The old trends that are making their comebacks in the industry, especially the trends from the 90s, are Crop tops, Wide-leg Pants, Corset dresses, etc.

Similarly, the most striking fashion trend that is back nowadays is ‘Crochet’. The crochet boom began in the sixties, the common accessories made of crochet back in the days were sweaters, gloves, scarves, etc. But since the trend is back, it also has an update on its accessories, with the advancement of technology crochet uses various techniques to make these beautiful accessories such as bucket hats, tote bags, and 3D toys that are known as ‘Amigurumi’.

Crochet has become an obsession for people these days and so for celebrities, many celebrities were captured by the paparazzi wearing crochet tops and dresses, some of them are Dua Lipa, Elsa Hosk, Suki Waterhouse and Gigi Hadid, etc.

But do you know there are celebrities that like crochet and are ‘Yarnie’ too?

Here are some of them:

Kamala Harris is an American politician and attorney. She is the first female vice President of the United States.

Kamala is a crocheter, and she’s doing it since her childhood. In one of her interviews, she said, “I was raised by a mother who said ‘I am not going to let you sit in front of that television doing nothing.’ And so I have crocheted more afghans than I can tell you.”

The ‘Goddess of Pop’ Cherilyn Sarkisian a.k.a ‘Cher’ could also crochet. The talented American Signer, Actress, and Television personality emerged as a fashion trendsetter by wearing elaborate outfits on her television shows.

Cher described her working with Meryl Streep on the set of Silkwood:

“We’d knit, crochet, and talk about our kids so much I thought something was wrong with us, that we didn’t have an existence outside of them. Then I realized we were just two proud mothers.”

Katy Perry is an American pop singer, songwriter, and television judge. She told about her doing crochet in her free time on the ‘Chatty Man’ show.

She said, “I do a bit of crocheting now; I know, I’m the biggest nana on the block.”

She added: “I was at Liberty yesterday and they have this big crocheting aisle everyone else that’s cool was in the designer clothes area and I was just like ‘ooh look at all these yarns, I love it.’ ” 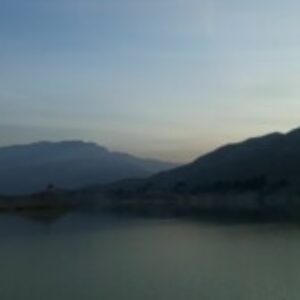 Celebrities you didn't know, who are obsessed with 'Crochet'.