BTS Jin Face Proved as Most Spectacular Face in the World 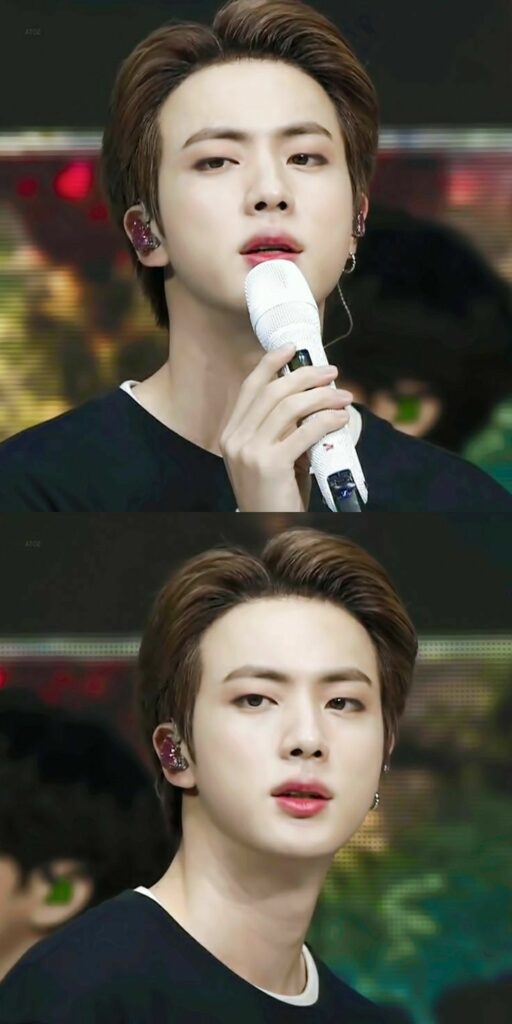 BTS Jin is a South Korean singer and songwriter. He is very talented and handsome. He is a member of the world’s most famous and liked band BTS. He use to co-write and sing songs with BTS. He sings Solo Tracks. He has also a huge female fan following. He also dances with his team whenever he sings with them. He is 29 and his real name is Kim Seok-pop Jin, but Jin is his professional name only.

He is considered on the list of the most handsome men in the world. He is called ‘Worldwide Handsome’ as he takes most of the flying kisses, as this is also one of the ways for him to lighten the world but Jin takes it as a joke. He has universally very good looks. One thing that is famous about him is that not because he is the elder one of his team and cooks and scolds other younger his nickname is called ‘Pink Princess’ and ‘Eomma’. Although he is treated as a male, but not like a female, he is also called the ‘Mom of BTS’.

By the research and the also according to visual artists, his face is considered to having the most spectacular face in the world because his face is “Perfectly Symmetrical and Oval Shaped”. This is all because of his beauty and his fan-following and liking the fans. One major reason for this is the distance between his ear to eye his eye and the distance between his both eyes are the same. Although his face has the perfect oval shape.

A face specialist plastic surgeon Kin Jinseong of Korea said about the facial symmetry of Jin that one of the members of BTS Jin is the most attractive man in the world as each BTS member has his individuality of charm and beauty perfection but he praised the face of Jin by saying that he has unique facial features as he has asked to select the one member of BTS who has perfect facial features and the perfect distance between these features. The surgeon declared about his eyes as;

“Jin’s eyes are having horizontal width with lower under the eyeliner. It’s long and the undereye line goes down smoothly.”

Moreover, he said about her eyes is;

“Along with a horizontal lower under-eye line, a monolayer with a slight covering of eyelids, “he has mono-lids and his eyelids are covering his eyes slightly. “

When the surgeon has to say to select the outline of Jin’s face by showing some face symmetrical pics he selected the round shape pic with a sharp vertical jawline. He also said about Jin’s ‘Masculine Clean’ that;

“In the case of Jin, He has long eyes, and nice eyelids and it all gives a clean masculine clean.”

Surgeon Kim Jinseong also said about his Lips and Nose is;

“He has a natural nose shape with a high nose bridge. The thicker lip look is attractive especially, above all the overall proportion of the face is good, his face is like a handsome face that would even be handsome in drama.”

By requesting the doctor Kin Jinseong for making the best face combination in the world by using all BTS members the doctor declared that the;

“An ideal face combination in the world would be that one that has most of Jin’s facial features.”

According to the doctor;

“It is important to have beautiful features separately, but it’s more important that you show your beauty as a whole face”, and the screen showed Jin’s face in the frame in front of the world.

Not only the world’s plastic surgeons and fans are impressed by and praise Jin’s visuals but also the BTs members as well themselves selected Jin as their most handsome member of them.

BTS Jin Face Proved as Most Spectacular Face in the World