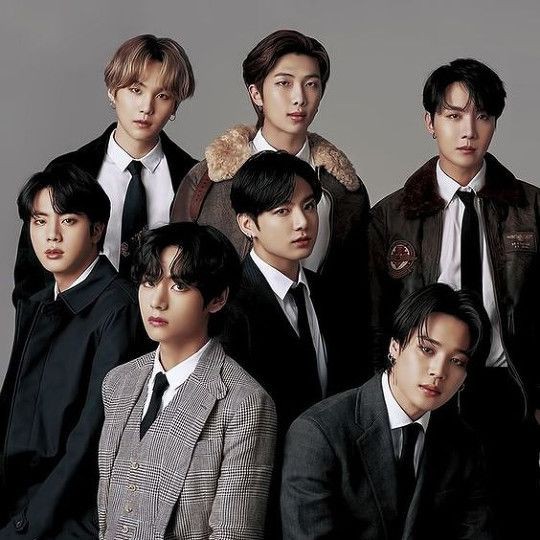 Today, I’m going to share something special about the BTS group which is the most loveable group all over the world.

BTS (Bangatan Sonyeondan) is a South Korean Big band that was formed in the year 2010 and debuted in 2013 under Big Hit Entertainment.

Kim Seok Jin knew his professional stage name ‘Jin’ is a singer, songwriter, and member of the BTS family. He has released three songs which are Epiphany, awake, and moon frequently in past years. His newly written song “The Astronaut” came in October 2022.

Min Yoon-gi is also a major part of the BTS group, best known by his professional name Suga And August D.He is a South Korean record producer, brilliant rapper, and songwriter and a major character in the boy band group. He has released his work which is most famous and loved by the audience and watchers. He released his first work Mixtape in 2013.

Jung Ho Seok is also a part of the big boy band BTS group. He was better known by his stage name J- Hope. He is a brilliant rapper, record producer, dancer, singer, and songwriter as well. His age is 28 and he entered in boy band BTS in 2013 and did much of the famous work with the other members of the BTS family. He got the award of the Hwagwan order of culture merit in 2018.

Kim Nam- Joon is a South Korean record producer, rapper, singer, and songwriter, better known by his professional name RM. He is not only a part of the Korean boy band BTS group but also the leader of this family.RM made his first debut in 2015 with his first solo mixtape, RM.

Park Ji Min is also a major part of the BTS group and is better known by his stage name Jimin. He is a good singer and dancer. He has released three solo tracks with BTS, the first was “Lie” in 2016, “Serendipity” in 2017, and “Filter” in 2020.

Kim Tae Hyung was better known by his professional name V also the best player of the Boy Band BTS. He released his first independent song in the year 2019 and also released three solo tracks with the band name. He is also one of the world-famous celebrities from the BTS group.

Jeon Jungkook was better known by his stage name Jungkook a fabulous South Korean pop singer. He is the only youngest member of the BTS family. Jungkook has released three solo tracks with BTS: “Begin” in 2016, “Euphoria” in 2018, and “My Time” in 2020.

Tell me, who is your favorite?