Billy Graham was a great preacher and Evangelist born around 1909 in the United States. At 91 years old, he was diagnosed with Parkinson’s disease. He got an invitation from the Christian leaders in Charlotte, North as their favorite servant of the Lord. The invitation was to honor him at a luncheon because of his contribution and efforts towards winning souls, by preaching the gospel of Christ and His kingdom, and the struggle to rescind the degradation of black people by the white discriminative community.

It took him some time to decide whether to attend the luncheon, so the leaders perceived his hesitation, they decided to make known to him that he needed not to talk or preach during the occasion, he was just going to be honored.

Below is the caption of the message sent by the Charlotte leaders the second time.

” We don’t expect a major address. Just come and let us honor you.” Seeing this, he agreed to participate.”

Pray that you can also be strong at the height of your divine assignment on earth like this great man of God, Evangelist Billy Graham.

At the luncheons, Evangelist Billy stood up to preach the gospel of the kingdom using a microphone, after a powerful and soul-lifting sermon at a rostrum, he peeps at the congregation and said;

“I am reminded today of Albert Einstein, the great physicist who this day has been honored by Time magazine as the “man of the century.”

He said further by telling the crowd a beautiful story about Einstein that is not told to many people in those years.

He said ” Einstein was once traveling from Princeton on a train when the conductor came down the isle, punching the tickets of every passenger. When he and Albert, Einstein reached into his vest pocket. He couldn’t find his ticket, so he reached into his trousers pockets. It was not there either. He checked in his briefcase but couldn’t locate it. Lastly, he checked in the seat beside him if by negligence dropped it, but he still couldn’t find the ticket.”

” The conductor said, ‘ Dr. Albert, I recognize who you are. Everyone learns who you are. I’m sure you bought a ticket. Don’t worry about it.’

Einstein signed with his head to appreciate him. The conductor continued down the passageway punching the tickets. The moment he was shifting towards the next car, he turned around and saw Albert Einstein the great physicist down on his hands and knees looking under his seat for his ticket. So the Conductor said to him, ‘ I’ve got you covered because we all know who you are.”

Evangelist Billy continued his sermon but the people were all ready to hear the end of that beautiful story.

Later, Graham pointed to himself, see the suit I’m wearing? It’s a brand-new suit. My children and grandchildren are telling so I’ve gotten a little slovenly in my old age.” He continued and faced the people; “I used to be a bit more fastidious. So I went out and bought a new suit in which I’ll be buried.”

Billy Graham about His Destination

“You know what that occasion is? This is the suit in which I’ll be buried.

“But when you hear I’m dead, I don’t want you to immediately remember the suit I’m wearing.

“I want you to remember this: I not only know who I am. I also know where I’m going.”

After a man gained all the riches and wealth of this world, he’s still not satisfied because he doesn’t know where he’s going after this world. Thanks to the great Evangelist. He knew where he was headed after leaving this world.

Holiday Season Wishes: May your troubles be less, your blessings more, and may nothing but happiness, come through your door in Jesus’ name.

We are many that agree with Evangelist Billy Graham: “A life without God is like a branch cut off from the vine– it has no life”

I hope that you learn a bit about what destination means if you have already been pursuing worldly fame and prosperity without the knowledge about your place in everlasting life. Take life easy and simple by making sure to bless and help people around you from the little that you gather in your barn. Your goodness and holiness will surely speak for you before the judgment throne of the Lord Jesus Christ. 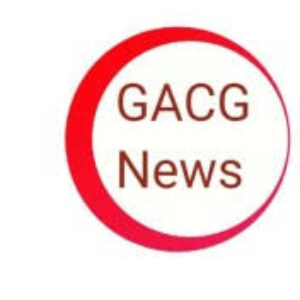