AN ENGLISHMAN IN PARIS: House of Worth and the Birth of Haute Couture 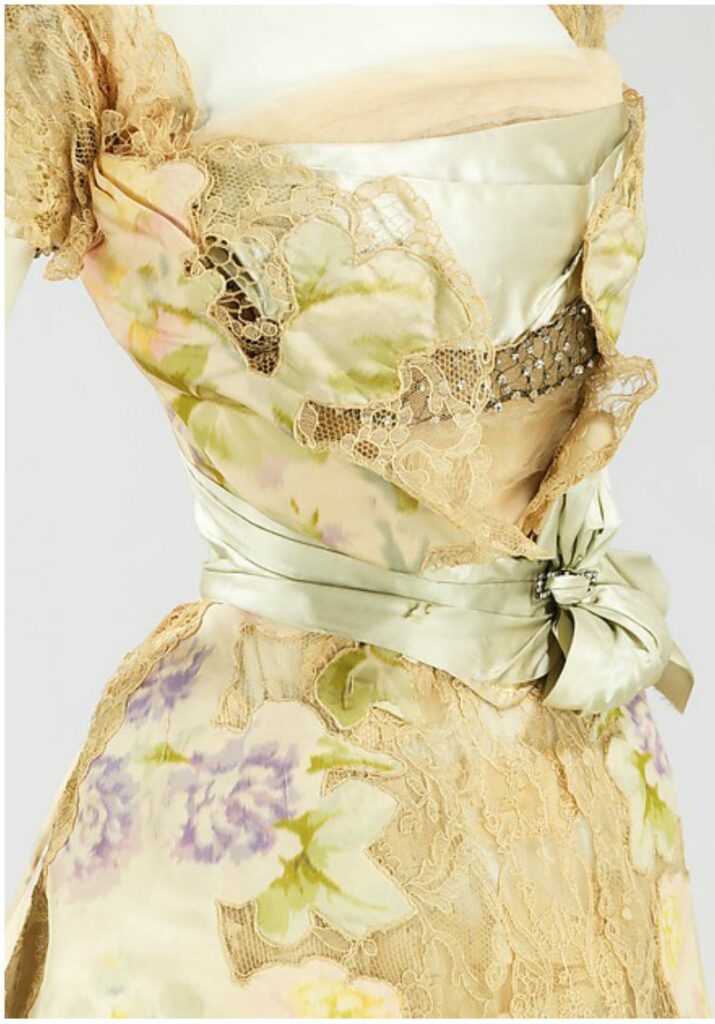 For most of us, history is something we study. Only a rare few individuals exist in this vast ocean of humanity whose destiny it is to become history themselves. And Charles Frederick Worth was certainly one among them.

Born to struggling middle-class parents in a market town in Lincolnshire, Britain, Worth left this world an immense, invaluable legacy as a towering pioneer of high fashion. The story of the man known as ‘the father of Haute Couture is a fascinating tale of commitment, ingenuity, and perseverance stamped with a unique creative genius and sheer force of character.

Worth’s early struggles after his father squandered their family fortunes are well-documented. As a twelve-year-old, he got apprenticed at the department store of Swan & Edgar in Piccadilly. At nineteen, he was employed with Lewis & Allenby, another leading British textile shore. Besides cultivating a thorough knowledge of textiles and dressmaking at his workplace, Worth spent hours at the National Gallery looking at portraits, teaching himself the history and art of dressing. These formative years were to have a tremendous impact on his later life.

Turning 21in 1946, Worth decided to move to Paris, the heart of world fashion, to seek his fortunes—apparently with five pounds in his pocket and no knowledge of French.

It was a bold move, but Worth was by no means at a disadvantage. It did not take him long to find employment—in a matter of just six years, Worth had already risen to become a sales assistant in the prestigious Parisian firm Gagelin-Opigez & Cie, an establishment that benefitted from Worth’s distinctive eye for style and impeccable tailoring skills to such an extent, that eventually he was allowed to open a dress department of his own in Gagelin. It was a notable moment that marked Worth’s first official entrance into the fashion world, and also had fallouts that were to shape Worth’s destiny later.

Launch of the House of Worth and birth of Haute Couture

The meteoric rise of an Englishman within the tight coterie of Parisian designers was envied and opposed by many—so much so that some say many of his ideas were actually too much for his firm and he had to be kept on a tight leash! It was possibly also one of the reasons that he was never made a partner in Gagelin. But Worth was, in the most literal sense of the word, a trailblazer, and all the opposition only fired his ambition further. Just a decade after he moved to Paris, in 1856, the House of Worth came into being at 7 rue de la Paiz and revolutionized the fashion industry.

Exteriors and interiors of the House of Worth establishment

Worth’s young Swedish business partner Otto Gustaf Bobergh and his wife Marie Varnet Worth played a key role in the business. Immediately after its launch, the House set out to break new ground by overruling the practice of dressmakers going to the clients’ houses for garment making. Instead, Worth’s studio was the first such place where clients would come in to look at his latest designs displayed on live models (including his wife), and according to their preferences, have customized hand-stitched garments made for them. And so began the tradition of Haute Couture or custom-fitted, hand-stitched, one-of-a-kind garments with unique embellishments.

1877 silk dinner dress, House of Worth

The Father of Haute Couture

House of Worth’s success skyrocketed when Charles Worth became the court designer for Empress Eugenie much like Rose Bertin’s association with Marie Antoinette (which I have described in detail here), and no aspiring fashionable ladies’ wardrobe was complete without a Worth. As time went by, Worth’s innovations became immortalized in the world of Haute Couture. From displaying his collections every season using live models to sewing labels of his name on garments distinguishing them as a ‘Worth’, the designer introduced practices that are the bedrock of Haute Couture to date.

Portrait of Empress Eugenie (1853) in a Worth gown

Starting with a staff of 50, the House of Worth at one point employed up to 1200 people in its various specialized departments like embroidery, making sleeves, stitching hems, or skirt making. By the turn of the century, Worth ensembles were not only for kings and princesses but whoever had the finances and fashion sense to afford them. Young and prosperous Americans, French, British, and Swedish stage actresses, royal family members, and extended friends and socialites, all flocked to the Worth atelier, exchanging high society gossips and encounters between fittings of exquisite garments for events or occasions or for simple pleasures like walking and taking tea.

Evening ‘Lily’ Dress designed by House of Worth

Worth’s contributions not only extended to stunning use of fabrics and expert tailoring but also to the line and hem of garments of women. Among other things, it was he who first thought of ankle-length walking skirts and the clean, light lines of the ‘princess cut’ without any horizontal joints at the waist. His matchless designs had an aura of their own which has continued to provide inspire designers over the ages.

Dinner dress from House of Worth,1918

After a glittering run, the House of Worth was finally closed in 1956, 100 years since it was first opened. While the brand is no more, the fact that so many Worth creations survive intact even today is evidence of what a phenomenally brilliant designer he was.

AN ENGLISHMAN IN PARIS: House of Worth and the Birth of Haute Couture

You have already reported this
Clear Clear All
<script type="litespeed/javascript" data-src='https://assets.ourfashionpassion.com/wp-content/plugins/bud